An Introduction to Air Conditioning Compressors 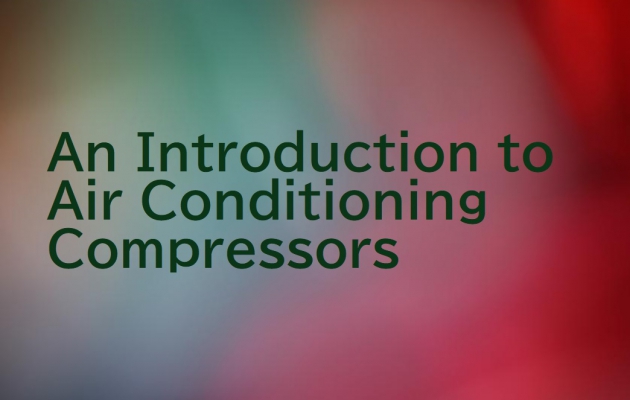 The vast majority of homes have a central air conditioning system that has a single stage compressor. This was the most common unit for many decades, and working on them is still common practice for air conditioning technicians. This type of compressor activates when the indoor temperature goes higher than the temperature that you set on your thermostat. As an example: if you have your thermostat set to 75º, the AC system will turn on when the indoor temperature reaches 76º and when the temperature returns to 75º, the AC system will turn off automatically. The main thing to remember about a single stage compressor is that it will always work at 100% capacity and turn on and off throughout the day.

A variable speed compressor works in a different way to a single or two speed unit. To keep the indoor temperature closely matched to the thermostat, the compressor operates at under 100% capacity continuously. This may sound wasteful, but the opposite is true because this can be as low as 25-30% of the capacity. So, a variable compressor will run for longer cycles than a single stage unit, and in summer, they may even run for the entire day.

There are two key things to remember when you think about the differences between single stage and variable speed compressor. Firstly, a single stage compressor will blast cold air into your home at 100% and only turn off when the set temperature is reached. Secondly, a variable speed compressor will blow a steady and smooth stream of treated air to maintain the temperature, and they rarely turn off when the weather is hot.

How Can Variable Speed Compressors Improve Indoor Comfort and Efficiency?

Many people will now be wondering how an air conditioner compressor that runs for longer and cools slowly can be better for their home. After all, most people want their home cooled as quickly as possible and won’t longer running times degrade the efficiency? To answer these important concerns, it’s a good idea to take a more detailed look at how a variable speed compressor works.

Every air conditioning unit dehumidifies the home to a certain extent as the heat is removed outside. But, as we’ve seen, a single stage compressor only works in brief bursts at 100% to quickly bring the temperature back down. This is a problem because it means that the air conditioning system isn’t dehumidifying the home for longer periods of time. When the AC system isn’t running, the relative humidity increases, and this will make you feel hot and uncomfortable no matter the reading on the thermostat. This situation is exacerbated if the AC system is poorly sized and too large for the home. Some people attempt to compensate for this by lowering the thermostat temperature, which leads to another problem known as short cycling.

What is Short Cycling?

Aside from the great cooling efficiency, there are other benefits to installing a variable speed compressor. If you have concerns about your indoor air quality (IAQ) you should opt for a variable speed or dual stage compressor. These units are more effective at circulating and dehumidifying the air in your home. This is important to prevent the circulation of airborne contaminants such as dust mites and to inhibit or eliminate mold growth. The release of toxic mold spores into your air can trigger allergic reactions and lower the IAQ significantly. A variable speed compressor runs for longer cycles which means that more air is being moved through the air filter. Although this isn’t as effective as a dedicated air purification system, it will help to improve the IAQ. Installing a variable speed compressor is a significant investment, and older AC systems may not be compatible. But, if you have a newer AC system that you want to upgrade, or you’re considering a new installation, they are the best option.

If you want to improve the efficiency of your air conditioning system and you want to install a variable speed compressor, contact your local HVAC specialist today.